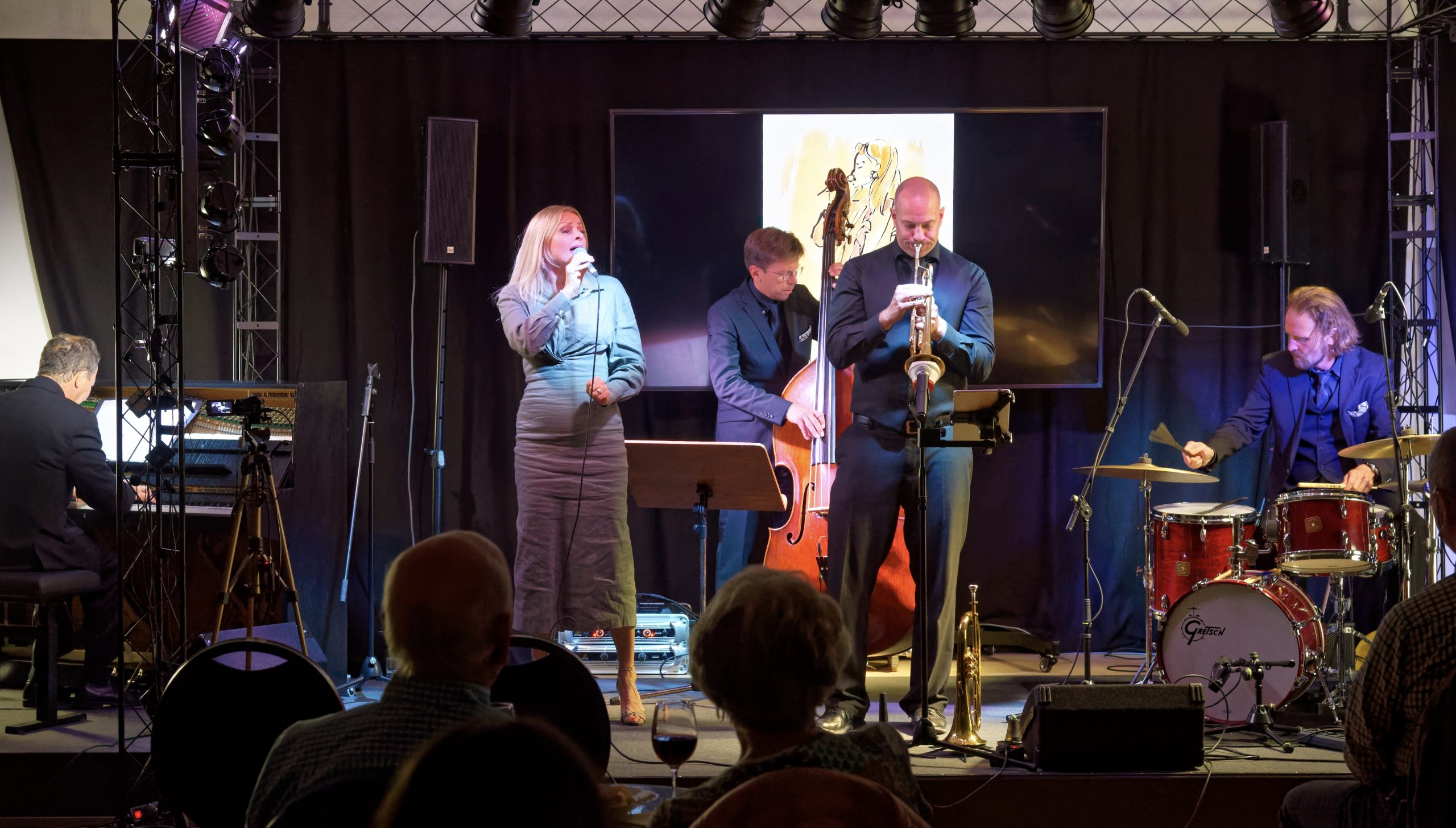 Is a jazz pianist, composer and arranger of italien-british origin, located in Munich and a member of the national as well as the international jazz scene. He studied at the New Jazz School in Munich with Max Neissendorfer (piano) and Neil Bacher (improvisation).
He is attracted and fascinated by artistically mature and complex compositions while demanding the maximum freedom in music. Only jazz music can provide these attributes in such a vast variety. It’s hardly surprising that Davide Roberts claims of himself to be only playing Jazz…
Sensitive and temperamental, stilistically mature as well as rhythmically refined, highly appreciated in his interactions with other musicians due to his sensitivity. Brilliant as a soloist, accentuated – he is truly a master in his art.
As co-composer and as the pianist of Jasmin Bayer he puts it to the test wonderfully.
With Jasmin Bayer & Band he writes all arrangements and is the musical director.

An experienced, creative and sensitive accompanist, he intensely studied Brazilian rhythms and did “further training“ with Rosa Passos‘ drummer Celso Almeida and with Portinho and Duduka da Fonseca, From 1998 to 2010, Hajo’s Trio LaHaze could be seen live on German sports television‘s weekly talk show “Doppelpass“. Hajo also worked with Brazilian singer Ithamara Korax, recorded with Paula Morelenbaum and world class percussionist Marco Lobo. He is an endorser for Tama drums and Meinl Cymbals. “With his technical brilliance, v. Hadeln needs not fear the comparison with world-class jazz drummers like Art Blakey.“ (Sueddeutsche Zeitung)

Is a double bass player and an electric bassist, composer and teacher of his craft. He was born in Leonberg, Germany, now located for many years in Munich. He studied at the conservatory of music in Mannheim both crafts, double bass and electric bass. He graduated with both diplomas. His former teachers, Patrick Scales, Dave King, Thomas Stabenow, Matthew Garrison and John Patitucci belong to the well-known international jazz elite.
He plays naturally, differentiated and groove-oriented and is highly appreciated as a live bassist – being a member of superb formations of different styles, duo to big band.
Markus Wagner is substituting our wonderful, highly esteemed and forever missed double bass player Chris Lachotta who left us unexpectedly and much too soon.

Born 1979 in Munich, Germany, trumpet and flugelhorn player Florian Brandl studied jazz trumpet at the Richard-Strauss-conservatory in Munich and the music academy Carl-Maria-von-Weber (master`s degree) in Dresden. Having worked in different big and jazz bands, theatre and musical productions he is know to the jazz audience for the work with his own quartet playing his original music (2015 CD debut „Rejuvenation“). In 2019 his CD “Dresden” was published. He is a versatile and multifaceted musician with a distinct personal sound on the horn. He shared the stage with players like Sam Rivers, Don Byron, Franco d`Andrea, Thomas Zoller, Roman Schwaller, Johannes Enders, Nicolai Thärichen, Gary Smulyan, Dusko Gojkovic and Gàbor Bolla.